Hello, dear readers. Like a flash, the month of October has come and gone. How was it for you? Were you able to achieve your goals?

For me, October was like a roller coaster ride. It was filled with extreme highs and extreme lows. Something happened on my blog which made me curious about what content my readers really loved reading. So, I used Google Analytics to track down my blog readers’ location, what content they liked reading and the peak times they visited my blog.

I discovered that 39.5% of my readers are from the United States, 20% are from Nigeria; while the rest 40.5% are spread amongst my readers who live in Kenya, India, Jamaica, Canada, the United Kingdom, Finland, Botswana, Phillipines, Southern Africa and Bangladesh. I was pleasantly shocked to discover that I have a few readers in far away Brisbane, Australia!

The reason I was curious about where my readers came from was because I had the most overwhelming traffic yet on my blog, this October. On Monday October 14, I published a very moving story titled, Who Is Sara Baartman? Every Black Woman Should Know Her Name . It’s about the emotional story of a young black woman who was a slave from South Africa. She was tricked to get on a boat to Europe. Not that she had a choice; she was a slave. She was then displayed as a freak at public places.

The next day October 15, I didn’t log into my blog. I had an important business engagement which ran until October 16. I remember my Mom called me from California and said: “Ubong, what’s wrong with your blog? I can’t open your site.’ And I said really? Lemme find out what’s going on. I couldn’t access my blog from Nigeria either. I was freaking out. A quick call to my technical manager explained why. My blog was crashing because of traffic! At the time I was trying to open my website, over 20,000 people around the world were already visiting my blog. That day alone, I recorded over 260,000 visits.

That story went viral. It was shared over 10,000 times on Facebook and over 400 times on Twitter and 33 times on LinkedIn. Unfortunately, Facebook took down the links because they felt the feature image was too graphic. But in truth, that was only a sculpture of Sarah Baartman. Some people also tweeted at me, to inform me that Facebook blocked them from sharing the story link any further…

As at today, the Sarah story has been read 483,175 times on my blog. The first thing you feel after reading the story and watching the movies is rage. Then shock. Shock at how evil and ignorant mankind was in past times (and still is) to treat a fellow human being in such a degrading manner.

From the heated debate which ensued from my blog commenters after they read the story, I knew a lot of people from African descent were yet to heal from the inhuman treatment our ancestors received from the Europeans and didn’t know where to start from in the path to forgiving and putting the past behind them.

I’ve gone through that phase too, but one thing it taught me: I can never change what happened. But how I deal with it, can make the difference. If I continue to harbour hate, then those who thought I was a slave, beast or freak would have succeeded in keeping me in bondage because they’ ve succeeded in enslaving my mentality…the way I reason. And that’s the same mentality I WILL PASS on to my children if I don’t win this war and break it NOW.

And so I choose to love, and to forgive, and to rise above that and make something fantastic out of my life. The truth is our generation has been tasked with the duty of correcting that impression about blacks all over the world. I’ll share with you what I tweeted at a reader, because it pretty much sums up what I have to say about racism and slavery…

Whenever I share stories about the ongoing scandal of the purchase of 2 armoured BMW vehicles by our Aviation minister, Stella Oduah, people attack me that the blog story reeks of misogyny or that I’m anti-GEJ.

A quick read of the ‘About’ page on my blog will tell you that my blog caters more to promoting positive achievements of  women around the world…even more than the menfolk. I’m a woman and it’ll be totally absurd to even hate my kind. As for being anti-GEJ, let me clear this notion once and for all.

I have nothing against President Jonathan. On the contrary, I think if he wasn’t compelled to bow under unnecessary pressure from those political goons who surround him in the name of Special Advisers,  Aides and god fathers; he’d have made a fine president. GEJ is a people pleaser. If he was ‘allowed’ to follow his heart, I know he’d have taken us to the ‘Promised Land.’ It’s obvious the man is being bullied so he’s being careful.

But since he’s the one in the office of Mr. President, yet corruption is thriving like no man’s business in our beloved nation; then pray tell me who should I call out? Who should I blame for all of this? Being a leader is not by force. If one can’t take the heat, step down for someone else who can.

So long as innocent lives are being wasted in the North, students are either being massacred or forced to stay home because of ASUU strike, then I shall call GEJ and the government out. So long abject poverty, bad roads and poor health care is what we wake up to see every morning…I’ll continue to lend my voice to the voiceless.

If you don’t like it, here’s a seat…take it and sit down! While you’re at it shut your mouth as well!

Stella Oduah is the minister of aviation; put there to do an excellent job for Nigerian citizens and visitors to Nigeria. Whether she’s a woman or not, is irrelevant. Her duty is to ensure that our airspace is safe and aircraft are in tip-top condition to fly passengers. These passengers are humans, bread winners, parents, and are loved and cherished by people.

How pleasant do you think it is to wake in the morning and hear that your fellow Nigerians were roasted in an aircraft like toast bread, just because someone didn’t do their job right? Madam Oduah even had the effrontery to say in public that these accidents couldn’t be helped because they are “an act of God.” Abeg which God be dat?

Just as we were trying to forget this mis-yarn of life, we discover Mrs Minister had ordered 2 bullet-proof or armoured BMW vehicles for a whopping N255 million ($1, 593,750). She said her life was being threatened and so she needed 2 of those. What happened to the people you toasted in the air Madam? Didn’t they have a right to live or be protected too?

The questions we should ask even as the case is currently being scrutinised by our lawmakers are:

I don’t have anything against anybody in government. I only speak against corruption, period! Whether you’re a woman doesn’t make you a sacred cow. If you’re corrupt, then you must come under the hammer of my deevanalysis. Shikena!

Read this reader’s attack on me, after I published an article I read on PUNCH which I titled: “Meet Nigeria’s Top Boss Ladies Who Are More Powerful Than President Jonathan.”

3. The Randy Assistant Commissioner of Police

After publishing two stories (Read them HERE and HERE) about this viral photo of an ACP grabbing a young lady’s breast in a selfie that has become a gross embarassment to the Nigeria Police Force and the heated debate it has caused in the Nigerian social media, Our dear ACP has become Naija’s OJ Simpson:

From all the comments I’ve read, 95% of Nigerians believe he did it. The only 5% of Nigerians who thought that the ACP was being set up are his fellow police officers. So, go figure.

As if the image of the NPF wasn’t rotten enough! 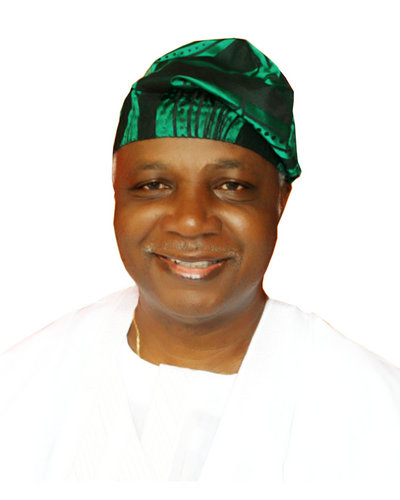 The Agagu plane crash is a very sad topic, I don’t want to dwell on.  First, a former governor of Ondo State, Olusegun Agagu was said to have slumped and died in his house immediately after returning from a vacation in the United States.

As his remains was being ferried in a private jet from Lagos to Akure, the  plane carrying his body in a coffin crashed in Lagos airport on October 3, killing over 16 people on board who were escorting the body to be laid in state in preparation for a state burial.

If you didn’t read about it, you can catch up on all the updates by searching for #AgaguCrash on my blog search bar. May the souls of the dearly departed, continue to rest in peace, amen.

This month was buzzing with engagements. Kim Kardashian and Kanye West, Peter Okoye and Lola Omotayo are getting married this November, and Future also put a ring on Ciara. Congrats to all the couples.

On a sad note, these married celebrities are now separated:

Kris and Bruce Jenner; hmmm what can I say? They separated because Kris was being the boss lady from hell?

Khloe Kardashian and Lamar Odom because Lamar Odom was cheating on her and doing drugs.

And the most shocking of all; our darling Mbong and Jeta Amata who separated because Mbong felt her youth was stolen and she was caged by Jeta.

I wish them all the best of luck in their relationships.

Learn to love and tolerate each other. It makes the world go round. Consider your actions. If it will hurt anyone, don’t do it.

Love you all and welcome to the month of November.